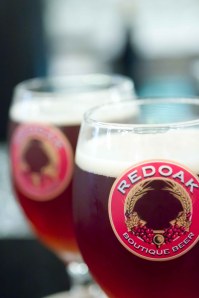 Has it really been 20 years?

Well, we’ve been good friends for at least 15 of them….

It messes my head to think with numbers that big.

Some “ageless” friends, you know, the ones who you don’t have to talk weekly to keep in sync with, some of them are such because you’ve never had to take things down to a level that is too personal. If you were only ever bobbing happily on the surface, then you can jump back into the warm water whenever and things are all good.

It’s different with the Captain.

On one side, there certainly is the joy of trivial. The fact, for example, that he’s called “The Captain” after the captain of the Love boat (as far as I can work out, neither of us were ever great watchers of the show…. I’m not even sure where it started), on the other, we can jump straight into matters of the heart. Theology, life experience, hopes, dreams, all that jazz.

But it’s not even about having the other side to the friendship. For me, the best ageless friends are the ones where all conversation, both the trivial and the true, melds itself seamlessly together.

Safe to say I was happy to catch up with the captain.

But now on to the food.

We went to Red Oak. It’s my second time eating there & it wont be the last. The entree sample platter was a standout. Each matched with a small shot of beer. flavours like Scallop and Tarwin blue cheese soup with candied lemon zest and truffle oil were just fantastic. Stu had “Beef two ways” while I had “Lamb neck with crispy polenta, anchovie butter and a tomato and almond salsa,” and it was fantastic. We shared a dessert platter (picture below) but thankfully Stu was pretty full, so I got to enjoy all of the “Belgian Chocolate Stout hot chocolate with pistachio biscuit”.

Just give me a reason to catch up with you in the city & I’ll see if I can take you there too!

Follow the Red Oak link pick some favourites & tell me what we should have there for dinner. 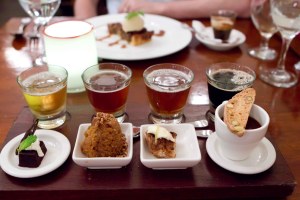 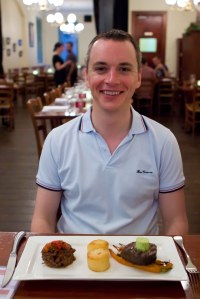 3 thoughts on “Chillin' with the Captain”